Shakespeare’s classic tale of madness, murder and betrayal with incredible performance, brilliant original music AND Sir Derek Jacobi as Old Hamlet!  Something is very right in the state of Denmark!  Adapted and directed by the Maverick Theatre Company’s Nick Hennegan - who also adapted and directs Guy Masterson’s acclaimed 'A Christmas Carol' and Shakespeare’s other great masterpiece, 'Henry V - Lion of England’.  A must see theatre event.

“Simply excellent. This will open up Shakespeare to a new audience.”  The Journal

“Unmissable… I was terrified and thrilled at the same time.” Remotegoat

AFTER AN ACCLAIMED SELL-OUT RUN AT THE EDINBURGH FESTIVAL, WE ARE TOURING in 2022/3. Please e-mail for details.

The World Premiere of a new play by Nick Hennegan, based on the original classic by William Shakespeare, with music by Robb Williams

With SIR DEREK JACOBI as the voice of Old Hamlet. 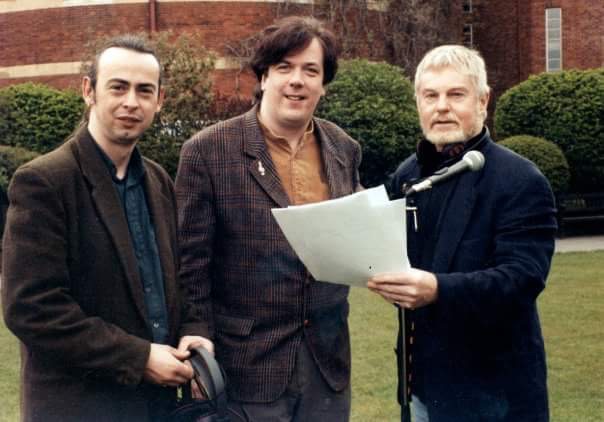